Erwin Feyersinger
Dr. Erwin Feyersinger is a research associate in the Department of Media Studies at the University of Tübingen. His current research project focuses on theories of visual abstraction and dynamic visualizations. He is member of the editorial board of Animation: An Interdisciplinary Journal. He is initiator and co-coordinator of the interest group AG Animation as part of the Gesellschaft für Medienwissenschaft (GfM). Recently, he published “Metalepsis in Animation: Paradoxical Transgressions of Ontological Levels” (Winter) and co-edited three collections of German articles on animation: “In Bewegung setzen … Beiträge zur deutschsprachigen Animationsforschung” (Springer VS), “Im Wandel … Metamorphosen der Animation” (Springer VS), and “Ästhetik des Gemachten: Interdisziplinäre Beiträge zur Animations- und Comicforschung” (De Gruyter).

Maps move people and people move maps: from inspiring explorers to conquer terra incognita to guiding consumers to the best shopping mall, from teaching students about history to creating history by drawing lines on a map. We try to gain control of places by rotating a globe, by orienting a map, or by scaling Google Earth.
Maps are perceived as almost natural representation of reality. Distortions, abstractions, and pure inventions are overlooked, obscured by the convincing visual iconicity we have gotten used to – Isn’t the Mercator projection what the world really looks like? – and by the supposedly trustworthy indexicality – Don’t we just see data that an expert or a machine has measured? Animation adds yet another level of misleading naturalization in form of culturally coded cinematic devices such as camera movements.
While cartographic animation needs to be seen critically, it also exemplifies many of the useful functions of animation in visualizations, such as understanding processes, guiding the gaze, adding visual appeal, or creating dramatic arcs. In my talk, I will examine how animated maps are used as a narrative device, or more generally, as a highly structured device of information distribution. I will discuss the French TV program Le dessous des cartes, which explains geopolitics with subtly animated maps. I will compare its visual strategies of information distribution with other examples of animated maps that are less aware of the problems mentioned above. 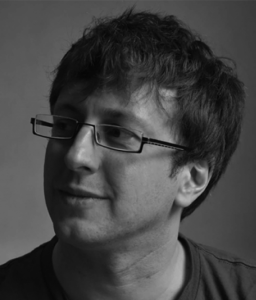