THE RITUAL IN THE PORTUGUESE ANIMATION

Fernando Galrito
Fernando Galrito has degrees in Animation and Theatre. BA in Anthropology, MA in Culture and Info Technologies, DEA in Animation, Specialist Degree in Film and Media Production. Concludes PhD in Communication Culture and Arts | Animation from the Screen to the Gallery. Teaches Animation, CineVideo and Image Project at ESAD.CR in Caldas da Rainha.
Explores and develops formal and non-formal pedagogical methodologies for creation between moving Image and Performative Arts. He is a visiting lecturer at several schools and universities in Europe, Africa, America and Asia. Author and co-author of transdisciplinary creations presented in Europe and Brazil. Direct animated films and documentaries, some awarded nationally and internationally. He is the founder and the Artistic Director of the Lisbon Animation Film Festival | MONSTRA since 2000. Coordinate for 18 years the Experimental Moving Image Centre of the Gulbenkian Foundation. Jury in international festivals.

Animation is the art that permits, more than others, transform the relation between space and time.
Change and presents the body of the “actors” (characters) but also the body of the animators transforming them in performers in a limbo.
A ritual also. The ritual, as something that is performed in a cycle, but in a space not usual to the performers, changes the relation between the individual and the space and the time. At the same time changes the relation between himself and the others, creating new and metaphysics relations.
As Norman Mclaren says one day, performance on video is like animation, “can be a transcendental experience. It can take you to the land of the gods, to another place, to another emotion or just induce an-of- body experience.”
And this performance that is presented by Norman Mclaren is not the body movements, is the performance that became from the actions of the animator that reinvent the movements created in is brain. Choreographies that exists only on the screen in the projection moment, where the movement of the “actors” is confused with the movements of the animator in the act of creating their animations.
And, when that is mixing on a film you get a dialectic between the anthropological and ethnological, founded on the rituals and the transcendence of the creation.
And that is the goal of this paper, present this relation between the ritual and animation that we can find in different Portuguese animated films. 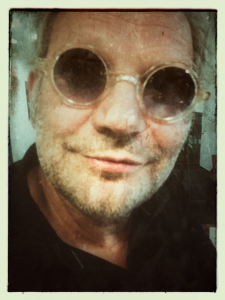