HAND-HELD PUPPETS: BEYOND THE LIMITS OF ANIMATION?

Kamila Boháčková
Mgr. Kamila Boháčková (1977) is a Ph.D. student at Film and TV School of Academy of Performing Arts (FAMU) in Prague. She is specialized in Czech puppet films Kamila graduated from Faculty of Arts at Charles University (Prague) with a Master degree in Film Studies and Czech (Bohemian) Studies. As a visiting student, she attended lessons of Film Studies at Université Nouvelle Sorbonne, Paris III. Recently, she was the special editor of Czech translation of Animasophy: Theoretical Writings on Animated Film by Ülo Pikkov and the editor-in-chief of Homo Felix – The International Journal of Animated Film. For many years, she has been working as a film critic and editor for different Czech magazines like Cinepur, A2, Dokrevue, Týdeník Rozhlas or Literární noviny. As the editor, she prepared two monographies dedicated to the film directors Béla Tarr and Aki Kaurismäki. She is a member of RAF – Czech Board of Animated Film.

In my conference paper presentation, I´d like to outline the possibilities of hand-held puppets in Czech films, mainly in films combining hand-held puppets with animation and live-action. These films stand aside the main tendencies of Czech puppet animation and are not reflected so often neither theoretically, nor historically. Such interdisciplinary approach asks questions of the indefinite borders of live-action and animation, theatre and cinema, human and non-human. I would like to demonstrate these questions mainly on the films of Jan Švankmajer, especially Don Juan (1969), The Coffin House (1966) and Faust (1994), where he explores the concepts of puppets in cinema, shooting actors as if they were puppets and uses many quotations to the tradition of folk puppet theatre. Švankmajer also uses different types of puppets (glove puppets, marionettes, costumed puppets) for different purposes, showing their wires and guiding mechanisms to demonstrate the possibilities of human manipulation. He claims: “In my film, it is not Faust, but the puppet of Faust.” This unique approach to puppets inspired some contemporary Czech film makers like Radek Beran or Martin Máj to create films combining hand-held puppets or animatronics with animation, using different puppets and animation techniques. The films like The Little Man (2015), Punch and Judy (2013) or Mr. Hedgehog (2012) push further the possibilities of film puppets and call into question the limits of animation. 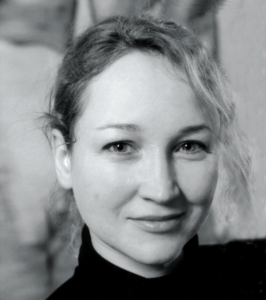