Dirk De Bruyn
Dirk de Bruyn is Associate professor of Screen and Design at Deakin University, Melbourne, Australia where he teaches Animation and Documentary Animation modules. He has made numerous animations, performance and installation work over the last 40 years. He was a founding member and past president of MIMA (Experimenta). His book The Performance of Trauma in Moving Image Art was published in 2014. Hi recent animations such as Re-Vue (2017), Chanting (2018), Recover (2017) , Living in the Past (2018) have been screened internationally. Retrospective programs of his animations have been presented at Melbourne International Animation Festival (2016), Alternativa, Serbia and Punto Y Raya, Karlsruhe Germany (2016).

Tango is an eight-minute avant-garde animated film, completed in 1980 at the Se-ma-for studio (Studio Małych Form Filmowych – Studio of Small Film Forms) in Łódź by Zbigniew Rybczyński. It was the first Polish Oscar-winner in the animation category in 1982 and catapulted Rybczyński on a successful journey into the frontier of emerging technologies of new media in both the United States and Germany. Rybczyński produced numerous films and music videos in the 80s and 90s in the new emerging media and developed innovative electronic imaging technologies used in film and television for which he holds a number of patents. Tango sits at a historic fulcrum in the shift from analog to digital media, which Vilem Flusser mapped in the rise to the technical image and Marshall McLuhan describes as a shift from visual to acoustic space. This shift preveliges post-Euclidean geometry, quantum mechanics and Einstein’s Relativity. This presentation will present the innovative Tango as a case study in relation to these paradigm shifts. 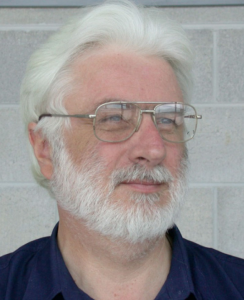