Alys Scott-Hawkins
Alys is an artist and researcher who works with drawing and documentary. After completing a
master’s in animation at the Royal College of Art in 2002 and a broadcast commission for Channel 4 Television in 2005, Alys worked freelance as an independent director of animated documentary films,
using a range of 2D animation techniques, for not-for-profit organizations, education and the private
sector. Alys is the co-founder of AnimatedDocumentary.com, a searchable resource of films, news
and events. She has taught across animation and fine art courses, most recently as senior lecturer in
animation production at Arts University Bournemouth. Since 2018 Alys works in the visual arts sector, developing support programmes for artists in Southampton.

In 1999 my father died after a long decline. Having just completed my undergraduate degree in animation, I threw myself into articulating my experience of his illness through drawing and writing, in development for a short animated film.

In 2000 CFFH was awarded UK arts funding. The film never went into production, as the same year I moved city and began a two year MA in Animation. To do both seemed impossible. And, perhaps, I was ready to move on; to look ahead rather than behind.

Through previous papers, A Letter to my Project (2015) and Hysteria: an examination (2017) I have developed an autoethnographic methodology which enables me to reflect on the processes I used in past film projects. In doing so, I have uncovered autoethnographic practices at work in the writing and production of my previous films.

In 2019, I will return to CFFH and the archive of my own material – documents produced intuitively and unselfconsciously. For the first time in the construction of a new film, I will use autoethnography consciously, as a creative tool with which to interpret autobiographical experience into an animated documentary short; and as a means by which to expose the film-making process itself.

This paper will present work-in-progress on the film, including insights gained through audio reflection on the original sketchbook, and open out for the audience my process of selecting, manipulating and editing these materials into a new film. 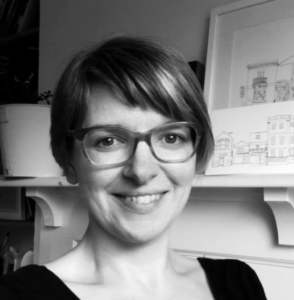