INSISTING ON THE HANDMADE: TANGIBLE ANIMATION FOR THE INTANGIBLE CITY

Aristofanis Soulikias
Aristofanis Soulikias is a film animator, interested in setting into motion stories around the built environment, urbanity, as well as wider social issues, with an emphasis in underrepresented stories. He works mostly with traditional stop-motion techniques, which involve hand-made objects or silhouettes and prefers crafting his scenes under camera. His themes and their presentation are decisively informed by his career as an architect and his extensive interest in history, cinema and mythologies. He is currently a PhD student at Concordia University, pursuing an interdisciplinary research-creation study with the title: Architecture and Film Animation: Sensing the built environment through stop-motion and under-camera techniques, which aims at examining the relationship between handmade film animation and human-scale city-making and how the practice of the handmade film can facilitate participatory design and reveal experiential qualities of the built environment.

Architecture has never been distant from the art of visual representation. In fact, the disciplines of architecture and image-making are inseparable and interdependent. Yet the emergence of the moving image has accentuated architecture’s temporal dimension, revealing its non-static nature. It has opened the floodgates of placing the built environment into storytelling and story-making. From cinema to computer-generated modelling, new media were quick during the last century in capitalizing on the use of architecture as passive canvas, active agent of drama, or simulation of a certain reality. Film animation, with the aid of popular 3D software, has taken on a central role as a tool for architectural representations among architects, corporate entities, and government agencies in envisioning the city.
The present study challenges the monopoly of CAD technology in representing the built environment and argues that it has affected the way we see, build and inhabit, in ways that counter important notions of belonging to a place and sensing its intangible qualities.
Traditional handmade animation techniques have a long history in creating visions about the temporality of the city that go beyond the confines of Cartesian space, into a region where the tangible practise of the animator becomes a sensory-rich experience for the viewer. With its re-emergence thanks to digital capture, handmade animation could claim an important place in the realm of architectural visualization. 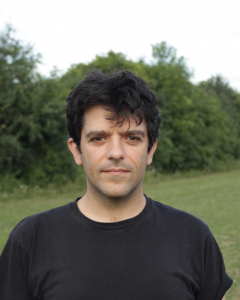