SHADOWS, MUSIC, AND THEIR JOURNEYS. AN ANIMATED RECONSTRUCTION OF THE SHADOW PLAYS FROM THE CHAT NOIR TOURING THEATRE

In 2014 the SAS assigned him the McLaren-Lambart Award for the Best Scholarly Article 2010-11, and co-funded his conference “Il cinema d’animazione e l’Italia”. He was chair of the 2017 SAS Conference in Padova. He is published in Italy, Europe and USA. He regularly participates in international conferences; he was invited speaker at the 3rd Animation Conference in ChengDu (2018, China). He is writing the books Václav Trojan: Music Composition in Czech Animated Films (CRC Press) and Allegro non Troppo: Bruno Bozzetto’s Animated Music (Bloomsbury).

Shadow plays were the main attraction of the Chat Noir cabaret in Paris, in the 1890s. In the famous venue directed by Rodolphe Salis, a théâtre d’ombres conceived by Henri Rivière proposed shows with performances of original music.

Touring versions of the theatre, with smaller silhouettes, reached other European cities. The musical ensemble changed with the available artistic resources. The scores had only piano and baritone parts, but those featured indications for ad libitum instruments and singers.

One complete Chat Noir touring theatre was found at the Crevin Castle in Bossey (France), after the death of its owner: Angelo Dalle Molle (1908-2002), an Italian businessman. The theatre was later donated to the Precinema Museum in Padova.

The study and restoration of the touring theatre led to the reconstruction of two plays: La marche à l’Etoile (1890), and Le Sphynx (1896).

The Dalle Molle Foundation, with the University of Padova, produced a 2019 show with live music, based on the materials and research of the Precinema Museum. Igor Imhoff (http://www.igorimhoff.eu) directed a historically accurate video featuring animated scans of the silhouettes, to be accompanied by a new version of Georges Fragerolle’s music, for string orchestra, percussions and baritone.

The talk will detail the scientific and artistic work behind the reconstruction of the experience of the Chat Noir touring theatre. Excerpts from the video will be screened during the presentation. 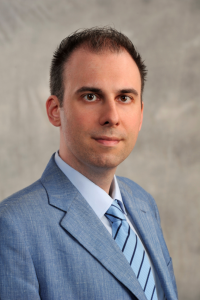