João Paulo Amaral Schlittler
João Paulo Schlittler, is a motion designer working in film, television and digital media since 1987, creating show opens, on-air identity, film titles for television and feature films in the USA and Brazil. He holds a Ph.D. in Design from Universidade de São Paulo (USP), a Masters Degree in Interactive Telecommunications from New York University and a B.A. in Architecture from USP. Since 2004 he is a Professor at the Department of Film, Radio and Television at USP’s School of Communication and Arts, where he is the leader of ZOOTROPO, a nationally certified animation studies research group. His doctoral thesis received the Rumos Itau Cultural prize in 2009. Joao Paulo headed the Design department at TV Cultura in Brazil, was the Director of Broadcast and Interactive Design at Discovery Communications and Director of Graphics and Visual Effects at HBO. He has received various awards in the field, among them: BDA, New York Festivals, ID Magazine and Print Magazine.

Brazilian animation has been in the spotlight this decade: two features won the Annecy Cristal awards in a row: Rio 2096: A Story of Love and Fury (Luis Bolognesi, 2013) and The Boy and the World (Alê Abreu, 2014), the following year Guida (Rosana Urbes, 2015) was awarded twice. Celebrating 100 years of animation in Brazil, the country was honored at Annecy in 2018. Concurrent to the tribute, the country was represented in the official selection by Tito and the Birds (Gabriel Bitar, André Catoto, Gustavo Steinberg, 2019), the commissioned film Everything in Black and White (Mateus Santos, 2018) received a gold award and Garoto Transcodificado a partir de Fosfeno (Rodrigo Faustini, 2018) won the Off-limits category.

Through the analysis of these films; as well as the auto-biographic short Guaxuma (Nara Normande, 2018), the TV series: Angeli the Killer (Cesar Cabral, 2018) and Jorel’s Brother (Juliano Enrico, 2018), this paper intends to examine Brazilian contemporary animation from a socio-cultural perspective. Even though these films may offer a partial representation of Brazilian culture, they are emblematic of autoral, commercial and experimental animation being produced in Brazil today. The stories, art direction and characters reflect a syncretic mix of local, immigrant and global influences, validating the actuality of the Anthropophagy Manifesto (Oswald de Andrade,1928), which promoted the cannibalization of European high culture in order to produce something new. 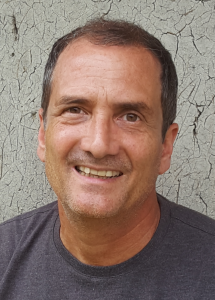