LATIN AMERICAN ONLINE ANIMATIONS: AN OVERVIEW AND REFLECTIONS ON ITS RESEARCH METHODS.

With the arrival of the Internet and the personal computer to Latin America emerged a generation of amateur and small studio animators that quickly filled the Internet with their parodies, fanfictions, original narratives, and sociopolitical reflections. Although they lacked the official recognition granted to the booming animation industries or to celebrated artistic auteurs, online animators grew to reach millions of viewers in a synergic exchange between user and producer, that often blurred the lines between each. Online animators and viewers share a common visual culture referring to anime, MTV, children and adult cartoons but also to each other, Internet culture(s), and national and regional social developments, forming a regional community that often collaborates across countries. Moreover, while Latin American online animation has grown largely unnoticed, since its early days, it has branched to media like cinema, broadcast and cable television, and venues like festivals, earning recognition, ratings, and revenue along the way… Yet, unlike online video, almost no academic writing of online animation exists, let alone one concerned with Latin America. To remediate this absence, by way of considerations on digital media, fan studies, film, and animation and original interviews, formal and informal histories, formal analysis, and statistical data this paper presents a multidisciplinary historical and contemporary overview of online animation in Latin America. 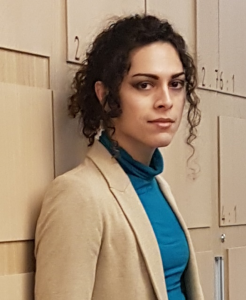