“SCROOGIN ON A GREG”: THE ABSURD IN SCOTTISH ANIMATED COMEDY

Nichola Dobson
Nichola Dobson is a theorist and historian in animation studies, with a broader interest in moving image culture and production. She lectures in animation at Edinburgh College of Art (since 2010)

Within the landscape of Scottish comedy, there occurs a particular type of absurdist humour, which plays with language and Scottish tradition. Looking at examples such as Absolutely, Burnistoun and The Limmy Show in live action we see surreal comedy which is inherently Scottish in its delivery and subject matter. Brown and Lenz (1997) suggest that the distinct Scottish language drives what they refer to as an ‘asset’ in an increasingly popular field of comedy. Scottish animation, though not a clearly defined industry or history as such (or rather one which may not be theorised about yet) might be considered under the same lens.  In particular this paper will examine the web animation from recent Edinburgh based graduates, Will Anderson and Ainslie Henderson.Their animated shorts featuring various types of anthropomorphised birds are loosely connected with characters appearing across a range of shorts from public information films to satirical political responses to a variety of issues. The shorts follow a pattern of conversational comedy in which the visual and dialogue are often incongruous. As suggested, the dialects and languages from all over Scotland are highlighted and played with to present a particular way of thinking about Scottish life in a contemporary context.This paper will survey these works to situate them in the Scottish comedy landscape while considering how web platforms and indie animation can present alternatives suitable for small national industries. 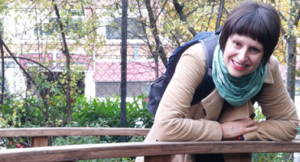