THERE’S A TECHNOLOGICAL PLACE FOR US: ANIMATION, TECHNOLOGY, AND PLACE

Michael Meindl
Michael J. Meindl, MFA is an Assistant Professor of Media Production and Cinematic Arts at Radford University. He is also a PhD student in Virginia Tech’s Department of Science and Technology Studies.

Maitane Junguitu
Maitane Junguitu is a teacher of Art History in the University of the Basque Country (UPV/EHU). Her research interests center on the historical development of the commercial animation in the Basque Area.

There’s a Technological Place for Us: Animation, Technology, and Place

This panel considers the relationship between technology, animation, and place from a variety of perspectives. While some authors consider how technology is used in the physical spaces animation takes place in, others look at how technology is represented in films in order to create a specific sense of place. Furthermore, these papers represent animation in both film and video games, as well as works from various countries.

The Camera Room: The Reluctant Dragon, Place, and the Network of the Multilane Camera by Michael Meindl (USA)

The multiplane camera was a ubiquitous part of animation. However, even though it was used in so many films, the scholarship focusing on it is still relatively sparse. When scholars discuss the device, they quickly gloss over exactly how it is used and manipulated and usually only see it as a device that helps create a more three-dimensional image. Though Stephen Cavalier calls the multiplane camera a ‘museum piece,” this does not negate the need to dive deeper into this technology.

This paper uses the introductory, live-action sequence to Disney’s The Reluctant Dragon(Werker and Luske, 1941) as a jumping off point to explore the use of the multiplane camera and its place in animation practice. In particular, this paper will look at how the physical device and the physical space it inhabited became a focal point for social/networked interaction. This paper will examine the opening sequence of The Reluctant Dragon and other promotion film material, as well as both popular and trade articles as they relate to the multiplane camera (and the animation industry in general) during the 1930s and early 1940s. In the end, this paper will work to reveal the various discourses that came together in the physical space of the “Camera Room.”

Throughout the growth of digital entertainment titles over the last decades, the videogame industry has always tried to place an emphasis on differentiating its field of development from film studies. Although it seems natural to see a relationship between ludics and film titles in regards to their technical implementations, cutscenes in particular represent an element more like film than simply narrative units inserted in videogame structures.

Within video games, different ways can be found to create these animated narrative units and some have a special effect in crafting the world within the video game. Academically approaching cutscenes has usually occupied limited, narrowly-focused space in scholarly materials; while oft-discussed via technical and design perspectives, there has been little from reflexive and philosophical perspectives. This paper is therefore thought to reflect about the role of cutscenes, especially in terms of creating worlds/places as well as certain dualities in specific video game series.

In this presentation, we will examine how animator Juanba Berasategi depicts technology and, more specifically, industrial factories in three of his films: Kalabaza tripontzia (1985), Alhambrako giltza (2003), and Barriola, San Adriango azeria (2007). We will focus on how technology is placed in the narrative structure of these films and how it represents the industrial tradition of the Basque Country.

Juanba Berasategi (1950-2017) directed seven features films, most of them set in the Basque Country. He started creating films in the late seventies when industrial based society was starting to disappear in the Basque region. Among various reasons, this was due to an increase of ecological awareness. As a result, industrial factories are a constant element of Berasategi’s films and usually appear with the shape of a technological hell. Factories represent the ‘approach to the inmost cave’ in the structure of Joseph Campbell’s Monomyth with technology representing an evil to overcome. The analysis of the previously mentioned films takes us to three main motifs. First, the city of Eibar as a technological and urban disaster in Kalabaza tripontzia. Second, the traditional Basque finery forge in Barriola San Adriango Azeria. And finally, in this case, far from the Basque Country, a fantastic industrial hell in the middle of the desert of Andalucia in the movie Alhambrako giltza.

Animating with a Game Engine: A Very Digital Sense of Place by Gray Hodgkinson (Singapore)
Animation by its very nature, is a technology-reliant process. The very act of creating movement frame by frame interjects a physical technicality into the creative process of bringing the inanimate to life. And now, for animation creators, we have a new paradigm shift – animation creation inside a game engine. While the process of using a game engine may sound like a mere software option, the effect on the animation creative process is quite profound. The game engine, essentially, simulates the creative environment of a film set, coupled with all the advantages of digital production. That is, the acting process and the compilation of shots and edits, can all be created in the game engine in real-time, with all visual effects and lighting, and then rendered directly to final video file. This process reduces the conventional multi-layered process of render passes, compositing, editing and effects. More significantly for the animation artist, it puts full control of the scene into the animator’s hands.
This paper will present the process and discoveries from a current animation project that is using the game engine Unreal Engine 4. The project utilises many processes from the game creation environment, and bends them towards an animated narrative outcome. The game engine recreates a very different sense of place where the sense of acting in the environment is stronger than in a conventional pipeline. This also has implications for preplanning, pre-visualisation, storyboarding, and other conventions of animation production. But most significantly, the paper will discuss how the process of animation in a game environment virtual set can prompt a spontaneity and freedom that enhances the experience of animating. 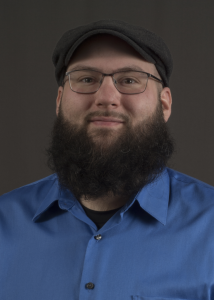 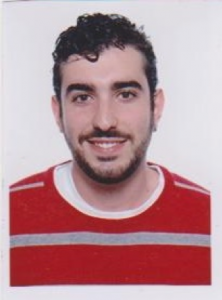 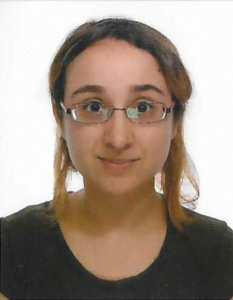 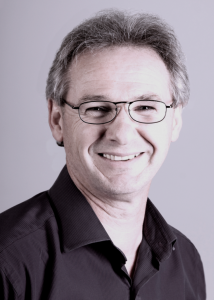